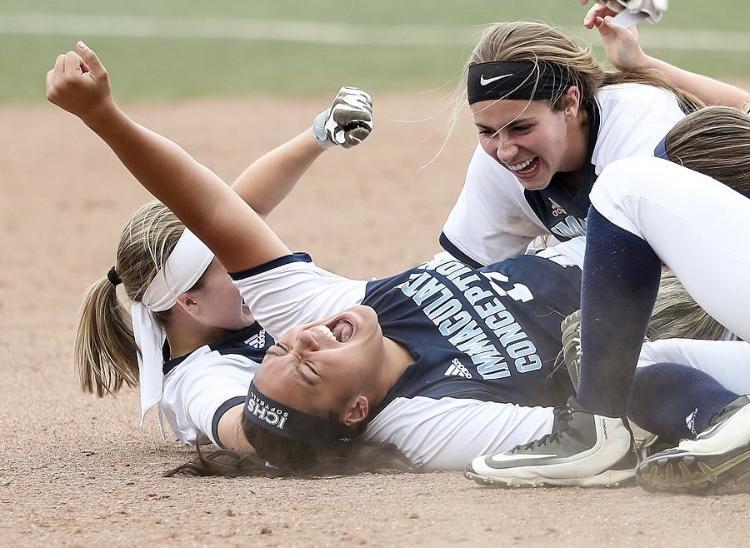 positive experience, and in doing so, promoting the confidence, self-esteem and positive life skills that will serve every girl well throughout her life. The program prides itself in teaching the game the right way and playing the game for the right reasons with an emphasis on striving to be the best that you can be in an environment that stresses discipline, teamwork and sportsmanship both on and off the playing field. With strong coaching, peer leadership and a commitment to improvement, our softball program has accomplished accolades no other school in New Jersey can say they accomplished. 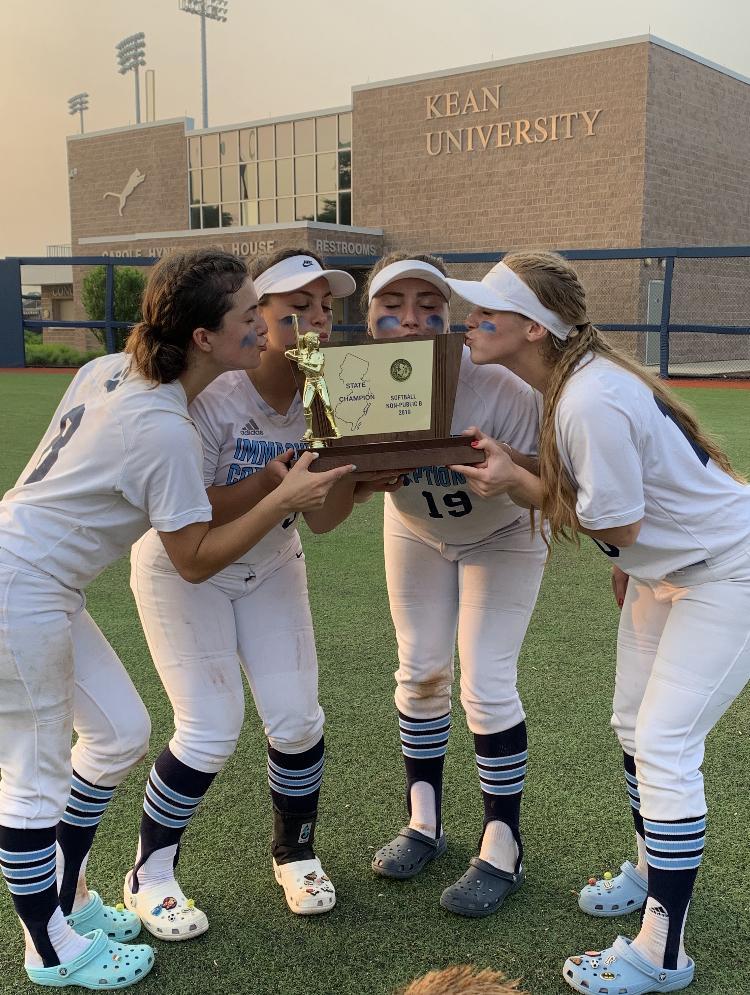 as 7 straight Non-Public B NJSIAA State Championships. The softball program has had many Bergen County Tournament appearances along with one Bergen County Final Tournament appearance.  Immaculate Conception softball has qualified for the only 3 Tournament of Champions in New Jersey history and made it to the finals in two of those years. Immaculate Conception was awarded the NJSIAA Non -Public B Annual Shop Rite Cup during the 2017-2018 season for its athletic achievements.

This elite program has had many accomplishments and has produced many well-rounded student athletes that have gone on to play collegiate softball at D1, D2, and D3 level NCAA schools. Immaculate Conception High School Softball created a program that doesn’t only develop student-athletes, but forms a family that lasts a lifetime. Once a Blue Wolf, always a Blue Wolf!