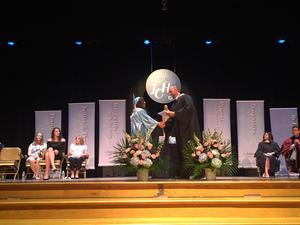 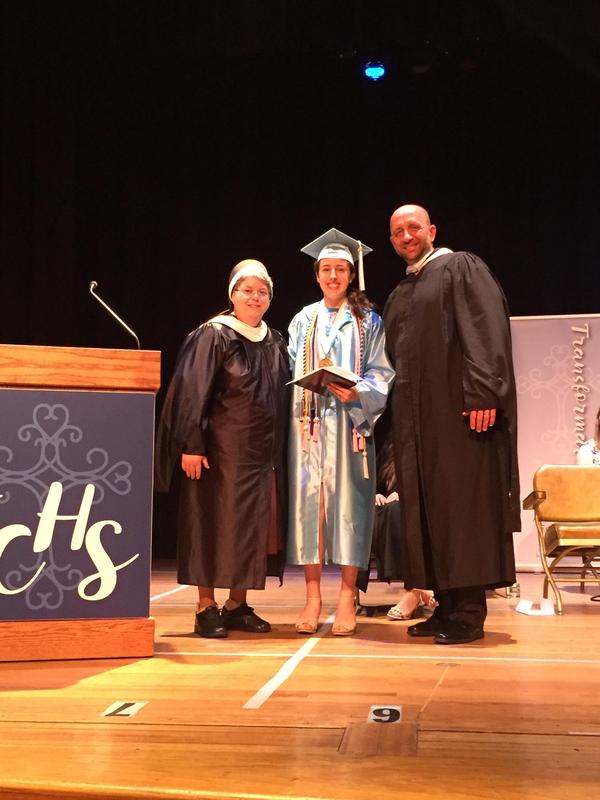 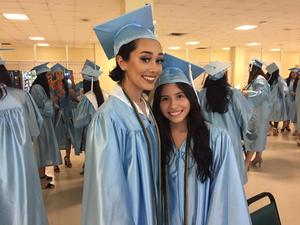 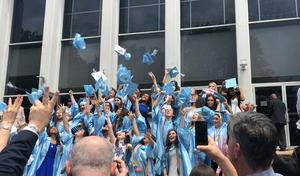 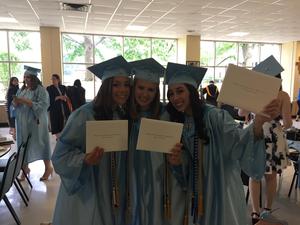 57 extraordinary young women from the Class of 2018 received their diplomas from President/Principal Joseph R. Azzolino. The commencement address was delivered by Kelly Blanchfield ’05, FBI Agent and ICHS alumna. Kelly encouraged the graduates to be proud of their accomplishments and know that they have the wisdom to leave ICHS and change the world. "Each and every one of you stands at the doorway of opportunity."

Melissa DeFrancesco ’18, the school’s Valedictorian, shared "Everyone in your life is a teacher if you are open to learning.” while Renee King ’18 presented the Salutatorian address with “we are all confident and competent young women from our years at ICHS. Respect those who are willing to push you to success". Caitlyn McFadden ’18 welcomed parents and friends with the invocation, while Clare Mueller ’18 concluded the commencement with the benediction.  Special music for the ceremony was performed by the ICHS vocal ensemble including selections “Caverns in the Clouds” and “Until We Meet Again”.  ICHS alumnae played an important role in the ceremony including an address from Denise Poulos King ’89, President of the ICHS Alumnae Association and Salutatorian Renee King’s mother, as well as several members of the Class of 1968 processing in with the graduates as part of the ICHS Legacy Walk tradition.

Melissa DeFrancesco ’18 was the recipient of the Felician Core Value Award. The honor celebrates a senior who throughout the year exemplified the chosen core value of Transformation. Melissa was also the recipient of the Blessed Mary Angela Award, presented by last year’s recipient Katherine Kopec ’17 and Sister Marie Alexander Siegel, C.S.S.F.

“The Class of 2018 has been given the educational foundation to become confident and compassionate world citizens. We are beyond proud of their achievements and look forward to sharing their greatness with the world. Whether you were at ICHS for four years, three years, two years, or one year, you are all extraordinary ladies and embody the true Felician spirit!” shared, Joseph R. Azzolino, President/Principal.