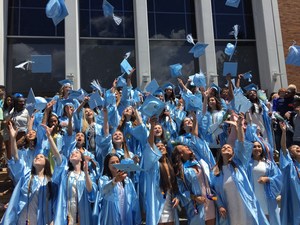 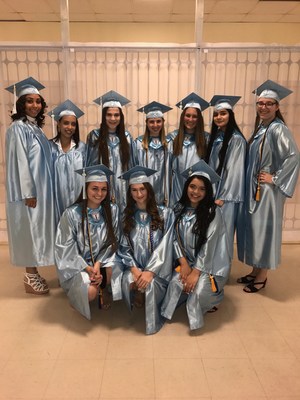 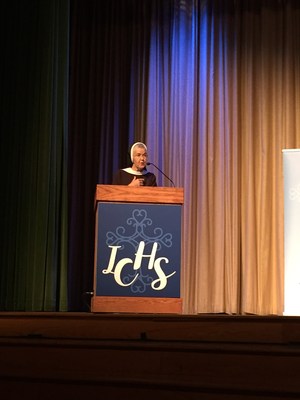 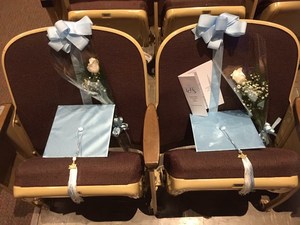 52 extraordinary young women from the Class of 2017 received their diplomas from President/Principal Joseph R. Azzolino. The commencement address was delivered by Sister Marilyn Marie Minter, C.S.S.F. Sister Marilyn spoke to the graduates about being empowered by God to go out and change the world for the better! "It always takes a woman to push someone forward!"  Sister Marilyn concluded her address with the song “We Are Family” by Sister Sledge, sharing that the Class of 2017 and the entire ICHS community are one big family. The students danced and cheered along with Sister Marilyn in celebration of their graduation.

Zoie Iorio ’17, the school’s Valedictorian, spoke to her class about their strong bond that no other class will know; a true sisterhood, while Jacqueline Zegler ’17 presented the Salutatorian address and encouraged her fellow graduates to be bigger and brighter in their future endeavors.  Ashley Callahan ’17 welcomed parents and friends with the invocation, while Deanna Matto ’17 concluded the commencement with the benediction.  Special music for the ceremony was performed by the ICHS vocal ensemble including selections “Caverns in the Clouds” and “Until We Meet Again”.  ICHS alumnae played an important role in the ceremony including an address from Robin Dellraria Manzo ’73, President of the ICHS Alumnae Association, as well as several members of the Class of 1967 processing in with the graduates as part of the ICHS Legacy Walk tradition.

The Class of 2017 paid tribute to deceased classmates, Charlie Roberts ’17 and Madison Pandolfi ’17 with simple white roses and a graduation cap on two empty seats with the rest of their classmates. Both girls’ families were in attendance to share in the beauty of this moment and the graduation ceremony.

“The Class of 2017 has been given the educational foundation to become confident and compassionate world citizens. We are beyond proud of their achievements and look forward to sharing their greatness with the world. Be Extraordinary ladies!” shared, Joseph R. Azzolino, President/Principal.