Kicking off the Winter Season by Hitting the Mat! 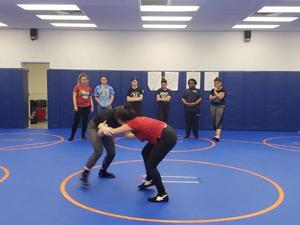 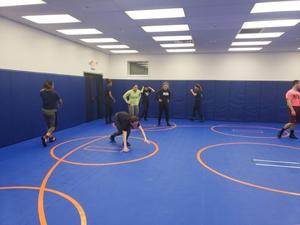 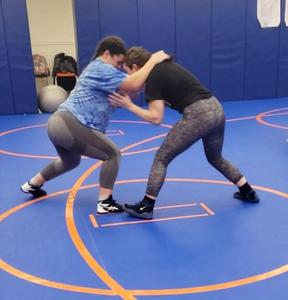 Exciting new beginnings at Immaculate Conception are right around the corner! Teacher and Coach, Dale Fava, has begun a new and exciting chapter at ICHS.

For the first time in history, Immaculate Conception High School has its very own women’s wrestling team. Coach Fava, along with Coach Megan McHugh are ecstatic over the enthusiasm and drive the student athletes are already exhibiting.

ICHS’s wrestling team is currently the only all- female private school team in the state of NJ. Coach Fava has been around this sport his entire life. Throughout his high school career, Coach Fava placed in the state of NJ three times and was a three-time Region Champion. He has qualified for the NCAA Division III championship on two different occasions. He was also the assistant coach at Delaware Valley University for two years. During his time as assistant coach, he trained eight wrestlers to receive All-American Accolades. He is committed to having a winning record and building a successful wrestling program. Coach McHugh is a two-time NJ State Champion, wrestled for four years at the collegiate level, and coached at Total Force Wrestling Club for three years.

Coach Fava stated, “Discipline is one of my biggest takeaways and, also, motivation, I’ve learned how to motivate myself, in situations where you’re not motivated. In wrestling, there are a lot of situations that make you feel disappointed in yourself and you must figure out a way to stay motivated. From the wrestling community, I developed a family. That’s how I want it to be for our team this year. Five years from now, when these student athletes are no longer in high school, they can look back and think of their teammates as family. This sport also teaches effective techniques on self- defense and strength conditioning.”

Let’s Go Blue Wolves! We Are Already So Proud of You!