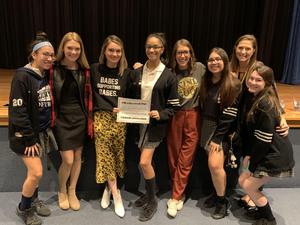 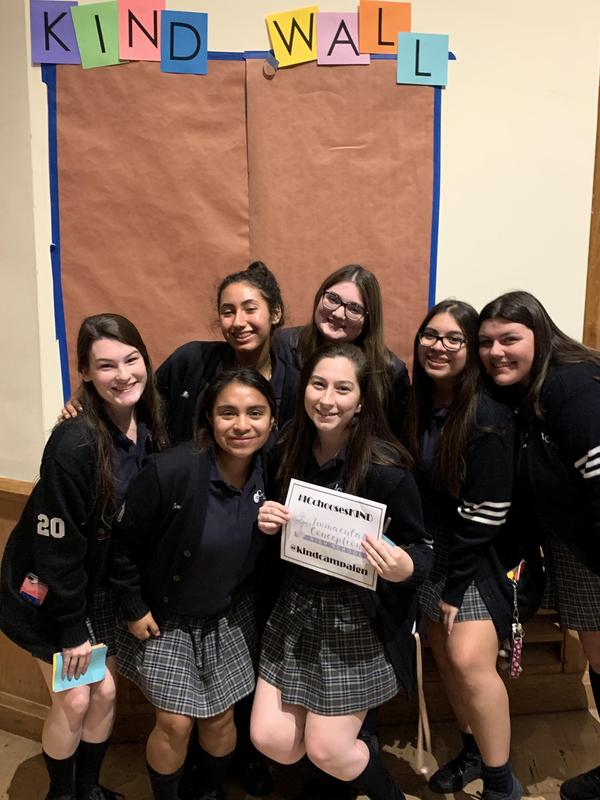 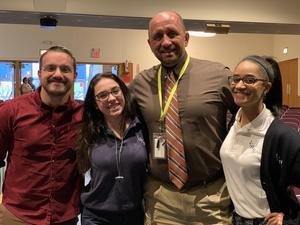 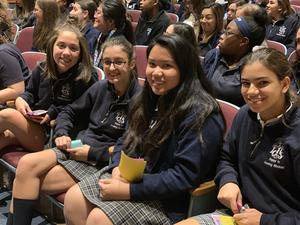 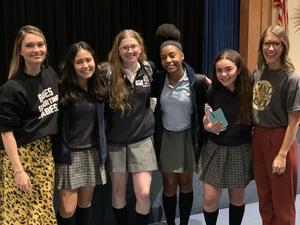 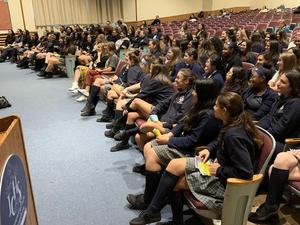 On November 7, 2019, Immaculate Conception High School students participated in the Kind Campaign and were featured on Channel 12 News!

Lauren Paul and Molly Thompson, founders of the Kind Campaign stated, “Kind Campaign is an internationally recognized nonprofit organization that brings awareness and healing to the negative and lasting effects of girl-against-girl bullying through their global movement.”

In February 2009, Lauren Paul and Molly Thompson joined forces to create change by giving females a platform to speak out about bullying. Upon graduating with degrees in Film and Television production, Lauren and Molly drove across the country for two months to shoot their documentary, Finding Kind. The documentary was accepted and awarded in over 20 film festivals and has screened in thousands of schools across the world.

Finding Kind is at the heart of the Kind Campaign Assembly, which now takes place in schools and serves as a life-changing educational tool for students, faculty and parents.

ICHS students were fortunate enough to hear from Lauren and Molly, as they shared how their lives have been affected by bullying.

Kangela Guerrero, ’20, President of Student Council Executive Board, stated, “The Kind Campaign served as a positive experience for us at ICHS. Having the opportunity to learn from these two empowering women and hearing their stories left a great impact on the student body!”

Tara Connor and Olivia Grabowski, English Teachers and Student Council Co-Advisors at ICHS added, “Kind Campaign is an experience we hope the girls not only appreciate, but are able to take away from. We are appreciative of Molly and Lauren and the Kind Campaign for coming to ICHS and allowing the girls to become more familiar with the platform. There is nothing better than seeing women empowering our girls at ICHS!”

Jessica Cutrona, Associate Head of School and Dean of Student Life said, “In a world where women are constantly exposed to unhealthy forms of competition amongst each other, there is no better time to educate our young women on the importance of being kind. What the Kind Campaign is doing for young women across the country is profound and groundbreaking.”

This special day was also featured on Channel 12 News!